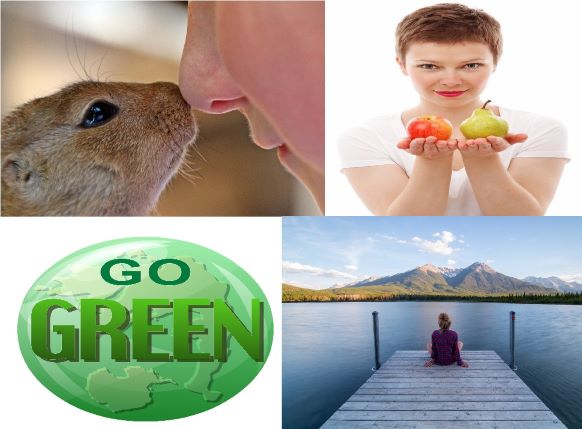 It’s a question asked by many for good reasons considering the rapid growth of vegans and many others who show a great interest in plant-based food.

We believe it’s due to our capacity to evolve as moral beings, our thirst to seek the truth, and our ability to question our own thoughts and deeds.

But before knowing the various noble & personal reasons for this infectious shift, you may first need to clarify as to what embodies a real vegan.

A vegan is a person who does not consume animal products (including by-products) and doesn’t contribute or participate in any kind of animal cruelty or exploitation. This definition is based on the doctrine of the word veganism which was founded by the Vegan Society in 1951 [1].

Some of you may think, “why go vegan or bother? How am I to forgo the joy of eating a steak, drinking a milkshake or the comforts & style of a leather jacket?”

However, wouldn’t it be such a relief if we told you that you don’t have to lose your cravings & comforts, to go vegan. This post starts showing exactly that, besides revealing many other reasons which have far-reaching implications.

Let’s discuss the six convincing reasons, why increasingly many are opting for a vegan lifestyle.

1. It’s Not Really a Sacrifice Anymore!

As we told before, gone are the days where it was quite a challenge to pursue a vegan lifestyle without sacrificing your taste & comforts to an extent.

With the ever-evolving vegan trend & demand, and thanks to so many vegan-friendly product manufacturers, things have become much easier today.  Because many suppliers have realized that there is a growing demand for vegan products and with the demand increasing year over year they have found a profitable market to which they can cater.

Today there is no reason for you to stop loving the taste of meat, eggs, milk or even cheese just because you’ve become vegan.

See a list of substitutes and vegan food options to indulge yourself:

As you can see, when it comes to replacing non-vegan food, your options are practically limitless, and there seems to be no reason what so ever to miss any of it.

Much like food, it is the same for style & fashion. Leather, fur can be subbed by faux/synthetic leather & fur. Instead of sheep’s wool, you can use cotton wool. For silk, you can choose nylon and rayon. There is hardly any animal product that doesn’t have an alternative today. So it boils down to a matter of awareness.

Preventing animal cruelty, exploitation and to standby animal rights are the reasons why many decide to go vegan. It was the same motive that prompted myself to go vegetarian initially and then be vegan later (I became vegan after learning about the dairy industry).

Just take a look at the meat and dairy farm images below and sincerely ask whether you want to support these industries.

There is no rationale to suggest that we have been granted the rights to interfere with animal lives or use them for food, clothing, entertainment, science, etc. The only rationale obviously is all sentient animals have a right to life & freedom.

Animals are not objects, and they have feelings, have beautiful & varied personalities, social bonds, hierarchies and they experience life besides not forgetting how intelligent they’re. On the other hand, just like us, they have every reason to fear pain & death.

By going vegan, you do your part in reducing demand for animals to be slaughtered for profits and satisfy taste buds. In totality, if you be vegan that may help save 100-200 animals per year approximately (including sea animals). Going vegan helps you sincerely appreciate animals at a much higher capacity without any guilt knowing that you have done your part to save and protect them.

3. Why Vegan Diet? For Health 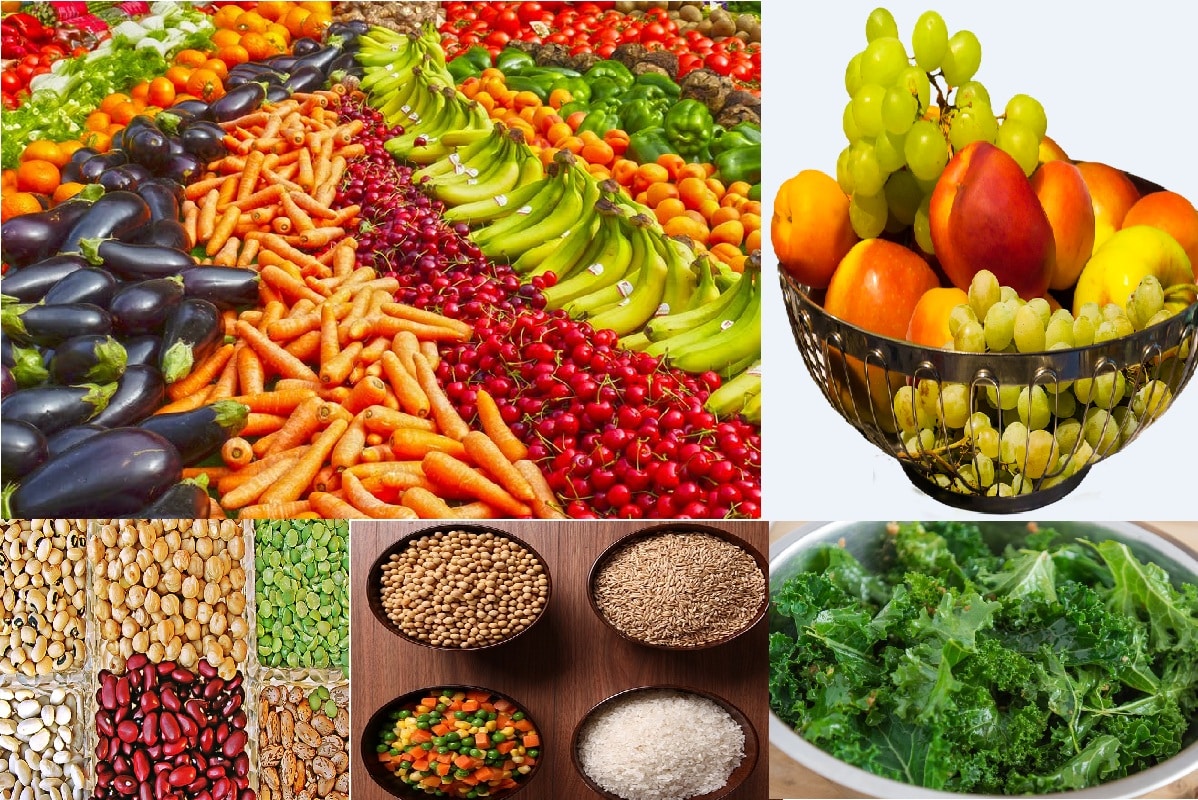 Many would want to know other reasons behind choosing a vegan diet, with an intention of knowing all the health benefits that come with typical vegan diets.

A lot of vegans can attest to this as there are numerous scientifically proven health benefits linked to healthy vegan diets compared to standard western diets.

Below are some of the top health benefits you can expect when you go vegan:

The vegan diet also has proven to be ideal for all stages of life starting from pregnancy, infancy, childhood up to adolescence [5]. Since a healthy vegan lifestyle demands an awareness of balancing nutrition and eating more vegetables, fruits, nuts, and seeds, there is a tendency to be health-oriented when you become vegan.

4. For Humanity and Environment

Many children and adults in the world die due to malnutrition and starvation. Going vegan is one of the best things you can do for humanity and even for the environment as well.

If the entire world goes vegan, there will be enough food to feed everybody including all the malnourished people in the world.

Apart from the mistreatment of animals many of the animal factory farms are known for violation of labor laws, low labor standards, and higher labor turnover. Many of these workers have low to no education and are not even aware of their rights.

They are being put under tremendous physiological and mental stress and exposed to a high level of injury, where their human rights can seriously be questioned. No big surprise, it has been named as one of the riskiest jobs in USA.

Thus, if you go vegan, you’re doing your part to discourage this exploitative industry. At the end of the day, one needs to ask “am I going to support an industry that kills for a living?”

As far as the environment is concerned, let’s look at some stats:

No doubt, by adopting a vegan lifestyle, you choose a much greener path and would lessen your impact on the environment.

People with a moral compass would always value a finer conscience and consider it to be a no trade-off.

Irrespective of the motive to become vegan, consciously or subconsciously vegans know that they are making a contribution towards noble causes.

Not only these lifestyles would lead to a brighter future for our own species, but it is an attempt towards a world with greater coexistence for all sentient beings and natural habitat.

Further, anyone becoming a vegan would know that it takes compassion, critical thinking, commitment, and self-belief to make such transitions. All these powerful qualities, forces and fulfillment enable vegans to have a positive outlook on life and future in general.

Transitioning from an omnivore’s diet to a vegan diet could be budget friendly as well. True that, when someone asks why be vegan, this is certainly not the main reason you would get as an answer. But you can always consider this as a bonus from the animals and nature for going vegan.

The cost per gram of beef, milk & eggs is much higher compared to a gram of vegan options like oats, beans, lentils & chickpeas. This shows you don’t have to be rich to go vegan. All it takes is an inexpensive, well-planned diet to be a healthy vegan.

Did we mention the hospital bills you may save if you go vegan? Considering the number of health benefits a vegan lifestyle provides it is a saving a vegan should expect. Apart from that, there are broader & indirect environmental, social, and economic cost savings from reduced environmental damage and a healthy population.

You have now learned many convincing reasons to go vegan and we presume you have understood all the parties affected by your decision and the gravity of it.  Do note that it’s never too late (if that thought ever occurred to you) to be vegan.

By doing so, not only you will refrain from animal cruelty and exploitation, you will also embrace many health benefits and reduce the environmental impact on the planet which can badly affect the future generation.

If there are plenty of vegan foods available without compromising taste & health, if animals have a right to live, if we can lessen or even reverse environmental damage and have a better conscience as moral beings, instead of asking, why go vegan, it’s about time we ask, why not?

If you need to know more about veganism, you can find many other aspects related to veganism by navigating our website menu.

Are you ready to take the plunge into the vegan food industry and start a successful vegan restaurant business that doesn’t strain your budget?  By engaging in a feasibility study, careful business planning, along with passion, and … END_OF_DOCUMENT_TOKEN_TO_BE_REPLACED

Ahoy there fellow vegans!  We know that veganism is not just another fad, but a philosophy and a way of living that have been in existence for many years grounded on ethics and we believe it is the future.  It's apparent that the wider … END_OF_DOCUMENT_TOKEN_TO_BE_REPLACED

Are you looking for a delicious and easy way to enjoy your favorite Mexican-inspired vegan dishes while sticking to a low-carb diet? Look no further than these keto corn tortillas!  These tasty low-carb tortillas are made with just a few … END_OF_DOCUMENT_TOKEN_TO_BE_REPLACED

Indian chaats are famous for their burst of flavors. This vegan savory snack is super easy to make. Whatever the type of chaat you fancy making, there’s one thing we’ve seen over time with certainty, and that chaats keep changing. Be it Papdi Chaat … END_OF_DOCUMENT_TOKEN_TO_BE_REPLACED

As the world is getting ever so informed & enlightened, a growing movement along with intellects, athletes, celebrities, and many more from all walks of life are going vegan to make a positive impact.  Due to the popularity of the vegan … END_OF_DOCUMENT_TOKEN_TO_BE_REPLACED