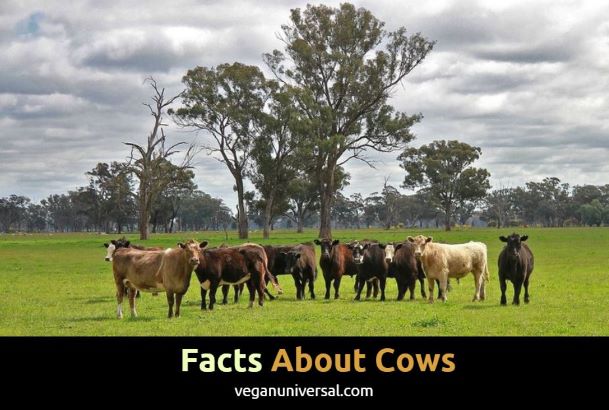 When people see cows in a field standing around, lying down, grazing & chewing cud or staring at space they may think cows are dull & brainless creatures who don’t look like the experts of their field.

Though that could be the first impression where they’re merely seen as steak, ground beef, veal, leather and dairy, suitable only to be enslaved for our appetite, if you come into contact or observe them over a period of time, you will realize there’s a lot going on between those ears of these creatures and there is more to them than meets the eye.

The facts you get to know from this post about sentience, intelligence and social behavior of cattle should hopefully let you appreciate how amazing, smart and emotional cows are. Do note that when we’re talking about cows, we’re referring to cattle in general. 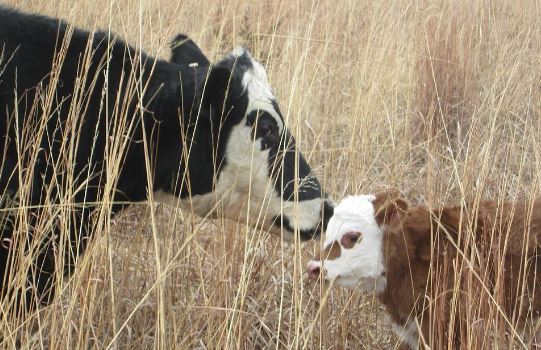 When people say “stupid cow” or “herded like cattle” not only they insult humans but they insult cows showing a lack of knowledge about their sentience, intelligence, and social behavior.

Now that you got to know a lot about cows, we just hope you understood how amazing they are and the amount of respect they deserve as sentient beings.

It’s pretty obvious that they are not happily submitting themselves to be a piece of steak or a leather jacket.

We just hope you will admire these creatures for who they’re and consider a vegan diet which is compassionate, healthy and environmentally-friendly.