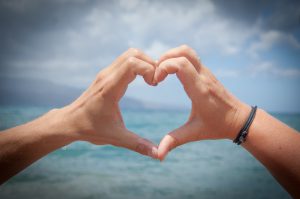 Whether it was fishing trips with dad, or envying over that ridiculously cool leather jacket, visiting the zoo, or the tempting meat & dairy food choices we made—most of us are/were guilty of participating in carnism & supporting the exploitation of animals in one form or another.

For most people, going vegan and rejecting animal cruelty may not even cross their minds until later in life. So ubiquitous is the societal acceptance of using animals for our own gain, be it for food or for other purposes.

When people enjoy a steak at their favorite restaurant, admiring a tropical bird in an aviary, or purchasing a silk scarf, they may not stop to think of the impact of those choices and actions have on the species that exist behind a psychological wall built by the society at large. It is what goes behind the scenes, the dark activities that are kept very deliberately secret that we need to shed light on.

Animal Sentience, How Should Animals be Treated?

Let’s take a look at these emotions / mental states:

Now look at these activities & skills:

You get where we’re going here – these are not just human emotions, skills, and activities. All of the above are demonstrated clearly and repeatedly by various animals. If you’ve ever observed animals or had pets that you loved dearly, you know this to be true.

This is why many dog/cat lovers are appalled by the idea of consuming cats and dogs by certain countries. Probably because they know how lively and sentient these pets can be.

As ironical as it can be, guess what? So are cows, pigs, chickens, sheep, and turkeys. Veganism is about acknowledging the sentience of animals and respecting their rights.

The renowned naturalist Charles Darwin often made references to animals’ ability to feel pain and their many other similarities with us. Science has shown exactly this over and over again.

Animal sentience science fraternity accepts that vertebrate species (animals with a central nervous system) are sentient [1]. Scientists are now finding complex neurons, which were once believed to be unique only to humans, in several species of primates, cetaceans (whales, dolphins, orcas, etc.), and elephants.

There is enough evidence to suggest that invertebrates too can be sentient as they possess a nervous system with many neurons. Just because the anatomy is different it is not a valid reason to disregard their sentience.

Personally, we don’t need a scientist to tell us that animals are capable of joy, empathy, fear, pain, or can learn new skills. We are constantly amazed not just by our own observations of fellow animals, but those we see & understand by means of documentaries and reading.

How Animals Considered as Food are Sentient 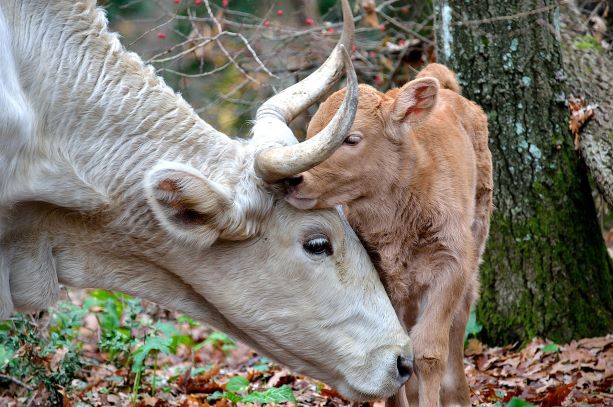 To us, and for many others who adopt a vegan diet, there’s no question about sentience. But for others, we hope the evidence shown by research on animal sentience should help.

Even without the loads of scientific evidence that indicate other animals are sentient and have feelings just as deeply as we do – shouldn’t all creatures be given the benefit of the doubt first? Should we not give animals the rights first, and ask questions later? Should we not cause any damage before we make judgments, just in case?

Research on animal sentience to understand the true range of abilities and experiences of animals may be fascinating from a scientific perspective, but most importantly it should be used in favor of animal rights. With the added awareness of this understanding, it becomes increasingly unethical and illogical to continue to cause animals any harm.

What are Animal Rights?

Animal rights in its simplest form would be the idea that non-human animals are entitled to their own life and freedom, due to their capacity to experience life.

According to Peter Singer, the basic principle of equality requires equal consideration.

Therefore, every creature with a will to live has a right to live free from pain and suffering. After all, life belongs to the creature that carries, lives & experiences it; hence they have every right for it.

Let’s try & keep this brief and get a perspective from many industrial animal farms’ point of view (do note that this may not necessarily be the attitude of all farmers who may do their best to maintain animal welfare, though animal welfare in animal agriculture disregards the premises of animal rights)

But dairy cows lead happy lives, frolicking out in the fields with their big-eyed calves like nature intended, right?

Deep down we think you already know the truth. To produce the most milk possible, you need to keep your dairy cows pregnant as much as possible. That inevitably results in calves. The calf will just live 4-5 years if it’s a female. That means it has the potential to produce milk, great!

But taking milk from mom to grow that baby calf into a dairy cow just doesn’t make good business sense now does it? So let’s take it away from mom after a day (come on, we don’t want to be cruel here!) and feed it a replacement milk substitute that will keep it alive long enough until it produces profits – but no longer than that.

The normal lifespan of a cow is around 20 years, but due to the horrendous conditions they are forced to live in; they cease to become ‘profitable’ after about 5 years. Then it’s time to show gratitude for producing profits – the slaughterhouse.

If that calf was born male… well.

Humans seem to be the only adult mammal that likes having milk derived from other mammals even after infancy. This is despite 75% of the world population, apparently being lactose intolerant which is not considered abnormal!

Chickens often live to ten years of age. A broiler chicken, on the other hand, is pumped so full of growth hormones, and antibiotics that they grow faster than their heart or skeletal systems can support. They are usually slaughtered at just six weeks of age.

Pigs can live to well over 15 years of age under natural circumstances – yet factory farmed piglets are destined for slaughter as young as 4-6 months.

To avoid harmful behavior in an unnatural environment with crowded confinements and to keep profits over animal’s well-being, farmers routinely make use of the following convenient solutions:

The chances are most of you would never be able to inflict any of these procedures yourself – yet every time you buy prettily packaged meat, dairy or egg products from your supermarket, you support that industry.

With these industries, consideration for sentience has ceased to exist and treat animals as commodities, that come off a highly efficient production line. Upwards of 60 billion, yes, billions of lands animals and over a trillion marine animals are killed every year for human consumption.

The human population is about 7.5 billion as of 2017. If those animals considered equivalent to humans in numbers, it is like committing a mass murder that would eradicate the entire human population in a span of, one and a half months (without considering the marine animals).

Besides the violation of animal rights, factory farming is a major cause of environmental pollution as well.

To stop animal cruelty, we need to start with what’s on our plate! If going vegan seems overwhelming for the moment, you can always start with incremental steps towards an ultimate vegan lifestyle. We encourage you to read our post about transitioning to a vegan diet, and it’s a lot easier than you may think.

You should also note that following a vegan diet not only saves animals, but it’s healthful according to the Academy of Nutrition and Dietetics[3]. Therefore it makes no sense to consume animals even on health grounds.

Once You’ve Changed Your Diet, You May Consider Avoiding Other Forms of Animal Exploitation: 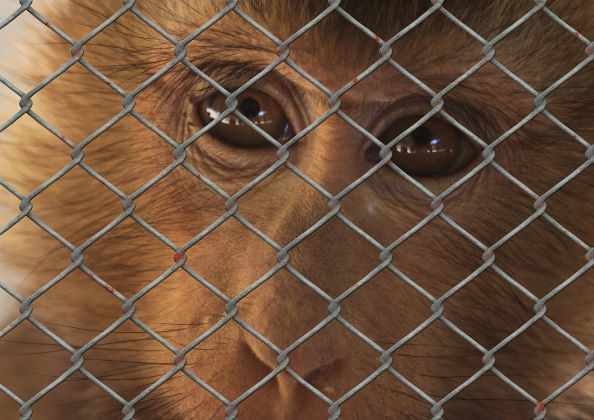 Embracing a vegan lifestyle means recognizing above activities as exploitation. If you do care, then not supporting financially or getting involved in such activities are the best ways to show it.

Some may have this wishful expression – the animal ‘gave up its life’ for us. But in reality, they didn’t. We took their lives, and we have no excuse for doing so. Discriminating against animals or believing them to be inferior because they belong to a different species is known as speciesism and is as unscientific and unjust as racism or sexism.

Once you’ve changed what’s on your plate, you might find it’s not just your body that starts changing, but the way you think too as you’re driven by compassion for animals. By omitting certain foods, you suddenly start to think about them–”that chicken curry I ate actually used to be a living animal and chances are, that creature suffered terribly in life.”

You’ve made an important connection here. What I buy, what I eat, and how I choose to live my life have a direct impact on other sentient beings with whom I share this planet.

By avoiding animal products you also boldly say to the corporations which make animals suffer, that you will no longer support it!

Perhaps, this quote puts it best,

“It is just like man’s vanity and impertinence to call an animal dumb because it is dumb to his dull perceptions.” – Mark Twain