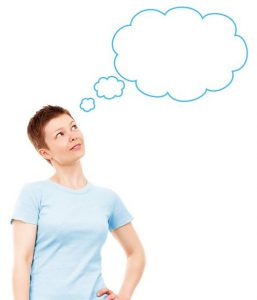 Vegan vs vegetarian, what’s the difference? Any similarities? Fair question at a time, where more are gravitating towards plant-based diets.

In an attempt to discuss this rather sensitive comparison, we hope to give an understanding of the definition, motive, diet, health, dietary costs and environmental impact of these two groups.

Educating yourself about these two terms will certainly help you understand the two groups better and reflect upon your dietary & lifestyle choices!

Vegans typically don’t consume any animal products & its by-products. There are few terms being used to identify different types of vegans based on diet and philosophy.

There can be ethical vegans, environmental vegans, and dietary vegans. Various terms to identify different groups based on diet and philosophy are defined below.

Vegetarians don’t consume animal flesh but may consume dairy & eggs. There are different types of vegetarians according to what they eat which we will discuss under diets in this post.

Simply put, veganism is principally a lifestyle and philosophical due to its broader motive, but vegetarianism is mostly defined by diet. There are many would-be vegans who first start out as vegetarians as a stepping stone of being a vegan.

Environmental vegan – Following a vegan diet to avoid the demand for factory farming industry and commercial fishing which cause environmental pollution (higher carbon emissions), depletion of natural resources like water, land, etc. and avoid food chain disruptions. They may also believe that their efforts will support the reduction of global malnourishment and starvation.

Raw vegan – In addition to not having any animal products, they do not consume food cooked above 48 °C (118 °F). Their food is essentially ‘raw’ and in its natural form.

Fruitarian – This group eats a diet formed entirely from fruits, nuts, and seeds

Lacto-ovo-vegetarian – According to the definition of The Vegetarian Society, no animal flesh is included and consumes both milk and eggs (considered the standard vegetarian diet)

How many vegans and vegetarians are there today?

The exact number of vegetarians and vegans in the world is unknown, but there have been some attempt to get reliable stats.

In general, vegans tend to be around 0.5% – 4% out of the vegetarian population. There are stats available (approximately) for some countries, but for other countries, we just have to apply the general percentage to get an estimate.

With all the available stats and general percentages put together, we could expect 12.3 million vegans in the world approximately. It is still an estimate, and the real numbers are completely unknown.

Both vegans and vegetarians can adopt these diets due to numerous, yet similar reasons.

One of the most prominent reasons appears to be their consideration for animal life. Hence both these groups pursue a flesh-free diet.

Similar reasons for both these diets could be,

On the other hand, vegans compared to vegetarians may contrast in the way they view as to how animals being used by humans. While vegetarians may just be fine using animals for dairy and poultry, vegans do not support the use of animals for any form of consumption or exploitation.

Vegans believe that all sentient animals have a right to live free of human exploitation. That means animals to be free from any human activity, whether it’s for food, for clothing & accessories, entertainment or science. This is why many animal rights activists follow a vegan lifestyle.

Do note that some vegetarians may not be fully aware of the commercial process of dairy & poultry industries. They may just assume the animals are well taken care of while using them for their products not knowing the abuse and ultimate fate of such animals. Some may also follow a vegetarian diet initially with an intention of transitioning into a vegan diet subsequently.

Comparing the diet, both vegan diets & vegetarian diets will not contain any meat, e.g. beef, pork, chicken, turkey, mutton, fish, etc. Their diets primarily consist of vegetables, fruits, nuts & seeds as shown in the images above.

If a vegetarian chooses their diet for ethical reasons,  they may avoid any animal ingredients as well, just like vegans, such as honey, gelatin, carmine, fish omega 3, etc.

When it comes to differences, vegetarians may have dairy milk, eggs, cheese, etc. in their diet, though vegans will exclude those.

Do note that, due to the rise in demand for vegan food there are many vegan substitutes/options for meat, milk, eggs, cheese, chocolates, cookies and even ice creams!

Both vegans and vegetarians can opt for many foods fortified with nutrients such as cereals, juices, milk (plant milk for vegans), though vegans have to make sure none have any animal ingredients.

As far as eating out is concerned there are many dedicated vegan restaurants and vegetarian restaurants catering to both these diets. While Ethiopian, Mediterranean, and Mexican cuisines can be accommodating to vegans, Indian and French cuisines are more vegetarian-friendly due to the use of dairy in many dishes. 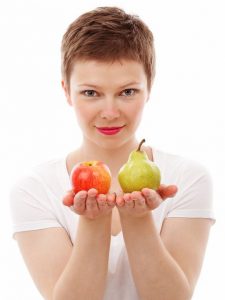 Both vegan and vegetarian diets tend to be low in saturated fat, resulting in low cholesterol due to the avoidance of meat.

These diets also contain high amounts of vitamins (with lots of antioxidants), minerals, fiber and other useful nutrients as the consumption of vegetables & fruits tend to be high compared to omnivores.

As far as life expectancy is concerned, both vegans and vegetarians have the capacity to extend life due to a lower probability of heart attacks, strokes, high blood pressure and type II diabetes and some types of cancer [2]. This can only be true if they are health conscious and take care of other factors that go into healthy living (exercise, less processed food, avoid smoking, moderate alcohol consumption, etc.).

It is also much easier to lose or control weight when you are not eating meat which is high in saturated fats and calories. Due to this, most vegans and vegetarians are able to keep their weight under control with much ease.

While a balanced & well-planned vegan or vegetarian diet can have all the nutrients necessary, followers of these diets should keep close tabs on nutrients like vitamin B12, omega 3, calcium, iron, vitamin D, and zinc.

As you can see, due to many health benefits these two diets provide, people may choose these diets purely for better health.

As you know, while a person cannot pursue health by neglecting diet, it also depends on other factors like inherited psychological & physiological conditions, general lifestyle, physical activity, etc.

Vegans ought to be health-oriented, as they have to obtain knowledge on a variety of food options and nutrients since a healthy vegan lifestyle requires such commitment.

Vegans may also have a lower risk of developing heart attacks, strokes, type-2 diabetes, and various types of cancer compared to vegetarians. Reason being as you found already under diets, vegans do not consume any animal products whereas vegetarians may consume dairy & eggs.

Dairy and eggs can still contribute towards above illnesses due to higher saturated fat, calories, exposure to antibiotics [4] and hormones [3] injected to dairy farm animals.

Chances are your weight loss goals too will be much easier, with a vegan diet due to low saturated fat and calories.

There is one nutrient that vegans have to be more conscious than vegetarians which is vitamin B12. Vegetarians get this nutrient from dairy products and eggs. Vegans can get it from fortified products and B12 supplements. 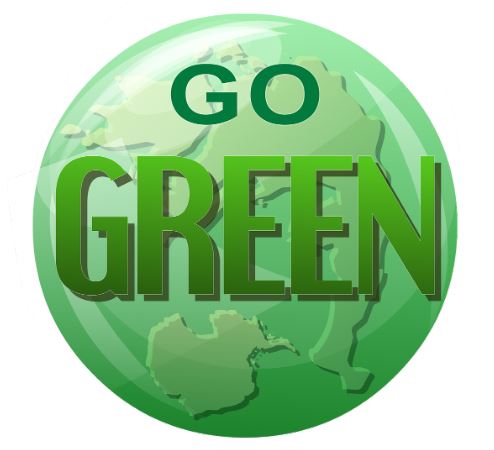 People also decide to change their diet due to the environmental impact. Meat, dairy & poultry industries have substantial repercussions on the environment.

The environmental impact of factory farming can take many forms in terms of higher usage of resources like water, soil & energy, air pollution, diseases, deforestation, and loss of biodiversity to name a few [5].

Another point to note is that meat, dairy, and eggs could be expensive than affording a vegan diet.

Since both vegans and vegetarians don’t consume meat, both these diets discourage the meat industry which is a major polluter and heavily consumes finite resources. Therefore, these diets are great options for “green thinkers”.

Further, vegan and vegetarian diets are less expensive compared to an omnivore’s diet as there is no requirement for meat which is generally expensive.

Vegans lead the way, as far as carbon footprint is concerned. The carbon footprint of a vegetarian diet is about two-thirds compared to an average Western diet and it considerably drops further for vegan diets.

Dairy cows and their manure contribute towards greenhouse gas emissions which in turn can affect global warming. Due to the ever-increasing feed crop demand of the dairy industry, natural habitat is lost in some places to land which is used to cultivate animal feed crop. Dairy production can also create significant water contamination and soil degradation.

Considering the above, it is fair to say that veganism has the least impact on the environment, relatively.

In terms of dietary costs, a vegetarian diet can be slightly expensive than a vegan diet due to the expenses of dairy products and eggs. This is based on an assumption that a vegan diet is primarily based on budget-friendly whole foods.

True that many people can get the terms, “vegan” and “vegetarian” mixed up, especially among those who are totally alien to these plant-centric diets.

You also learned that veganism is a lifestyle (except dietary vegans) and vegetarianism is a diet. It is important for both vegetarians and vegans to plan their diets to make sure they get all the important nutrients.

Lately, interest in veganism has drastically risen compared to vegetarianism as information about the dairy & poultry industries being widely available.