Indian chaats are famous for their burst of flavors. This vegan savory snack is super easy to make. Whatever the type of chaat you fancy making, there’s one thing we’ve seen over time with certainty, and that chaats keep changing. Be it Papdi Chaat or Palak Patta Chaat, there is an endless variety of chaats available in India, and this time we’re going to try making Vegan Palak Patta Chaat!

Chaat always has an essence of its own. Most of the chaats have similar ingredients. However, their core element keeps changing. People love to add in sev and some crushed fried flour crisps on top too. It makes your chaat all the more crunchy. You can garnish your plate with some chopped coriander leaves as well.

Some optional additions & points to note:

The Palak Patta Chaat is so easy and appetizing to eat. In case, two servings are not enough, make sure to prepare enough to fulfill your cravings and enjoy this vegan snack mania!

Do you love eating street-side chaat? What are your favorite additions to chaat? Let us know in the comments section below!

Few things we hope you can do:

Share: “sharing is caring”, if you found this recipe to be useful, please share it by using social buttons on the left or bottom.

Subscribe: subscribe to our free newsletter and receive updates on latest articles, vegan news, recipes, health, and much more!

Paridhi Maheshwari is an aspiring journalist aiming to cover interesting stories through the power of her words. She enjoys trying different types of Indian curries or shopping for trending vintage aesthetic outfits.

Who doesn’t like pizza? It’s one of those classic dishes that brings everyone together to share a laugh, a moment of joy, and celebrate life!

But as vegans, a regular pizza is not an option. No worries though, cause we’ve got your back with a delicious vegan pizza recipe that will definitely be a reason to cheer up!

This quick and easy vegan pizza recipe would take you about 30 minutes from start to finish and it’s soooo delicious! Try to get the right temperature to cook the pizza for the right texture and flavor.

So…if you’re looking for a vegan-friendly alternative to regular pizza, or just want to try something new, be sure to give this vegan pizza recipe a go! Rest assured you wouldn’t regret. 😉

Who says vegans have to stick to a single pizza variety? There are many different types of vegan pizza recipes you can make. Below we’ve mentioned some of the most popular ones to try:

Margherita Pizza: This pizza is made with tomato sauce, vegan mozzarella cheese, and basil leaves.

Hawaiian Pizza: This pizza is made with pineapple, vegan ham or bacon, and vegan cheese.

Vegetable Pizza: This pizza is made with a variety of different vegetables, such as mushrooms, onions, peppers, and tomatoes.

Breakfast Pizza: This pizza is made with vegan bacon, vegan eggs, and vegan cheese. This one is special because the cheese isn’t melted on top of the pizza; instead, it’s scrambled and placed on top after baking.

Fajita Pizza: This pizza is made with vegan mozzarella cheese, refried beans or black beans (whichever you prefer), sautéed onions and peppers, and salsa.

Smokey Barbecue Mushroom Pizza: This pizza is made with a barbecue sauce or marinade, vegan mozzarella cheese, portobello mushrooms, and red onions.

Customized Vegan Pizza: If you want to make a vegan pizza that’s completely unique, feel free to experiment with different veggies or other toppings that you enjoy! You can also follow the recipe below for inspiration:

Garlic and Olive Oil Pizza: This is one of the most classic types of vegan pizza. It’s made with a simple tomato sauce, vegan mozzarella cheese, and garlic cloves.

White Pizza: This pizza is made with a white sauce, which is made with vegan butter, flour, salt, and pepper. It’s Usually topped with vegan mozzarella, onions, and mushrooms.

Pizza Bianca: This pizza is made with olive oil, garlic cloves, and fresh rosemary.

Ananta entered the digital marketing industry 5 years ago and has produced strategic marketing content for start-ups, tech brands, and VC firms. She helps content marketers, product marketers, and executives tell stories, achieve an online presence, and help build brands that communicate with their users. She’s worked with brands such as Uber, Panasonic, Cremica, and many more. When she’s not writing, you’ll catch her engrossed in books, baking cakes, or watching great pieces of cinema. Get in touch here.

I decided to try healthy vegan falafels and was surprised by how much flavor they have.

There’s no doubt that they’re often made with more herbs & spices than their non-vegan counterparts (meat cutlets), but it doesn’t make them any less yummy, giving a wonderful blend of rich taste coming from various beans, grains, herbs and spices!

The vegan way of life is a healthy choice for many people. As you know, it has become much more popular than ever before.

If you’re looking to try out a vegan recipe, but don’t know where to start, then this vegan falafel recipe is perfect!

It’s a simple recipe that can be prepared in just minutes with ingredients found at any grocery store and will quickly become one of your favorite dishes!

Falafel is a popular Middle Eastern dish that you may have seen at your favorite falafel joint. The deep-fried balls of ground chickpeas are served as an appetizer or with a main course, and they’re typically accompanied by pita bread, hummus, pickles, and tahini sauce.

This recipe will show you how to make falafel with chickpeas which has been a vegan staple for decades.

Falafel is a traditional Middle Eastern dish consisting of fried patties or balls made from ground chickpeas, beans, etc.

Unlike some vegan dishes that substitute meat with seitan, or tofu to create the same texture without animal products taking center stage, there is no worry here as falafels are all about being delicious and relying on plant-based ingredients.

The Nutrients in Falafel

Falafels are a great source of protein, especially for vegans who’re not consuming animal products.

To break down falafel nutrition, 100g of falafel delivers 13 grams of protein and at least 18% RDA iron which is way better than many other animal products such as chicken (7%), and deli meat (4%). There’s fiber from the chickpeas as well (falafel provides 20% RDA of fiber)!

There is no cholesterol with falafel and is worth noting that these nutrients are mostly true for homemade falafel, but frozen ones available at supermarkets may not have the same nutritional benefits (and they’re usually far less tasty).

When you take into account how much healthier & nutritious this vegan falafel dish is over some others like tofu or cheese-based dishes, it becomes an easy choice to make!

Why It’s a Special Recipe!

1. Falafel is a traditional Middle Eastern food that has been eaten for centuries.

2. Falafel can be served as an appetizer, or in sandwiches and wraps.

3. They can be made with many vegetables, and greens such as carrots, peppers, onion, garlic, parsley, cilantro, and spices…a lot of veggies!

4. This dish is very healthy because it contains protein from the beans and other nutrients from the vegetables. Get your initial mixture well pulsed with a good blender to get the maximum nourishment!

5. It’s low-fat so it’s great for people who want to maintain their weight or lose some pounds.

It’s important to note that falafel is typically served as an appetizer or part of a main dish.

When they’re fried, they can be eaten warm with tahini sauce, hummus, avocado sauce, vegan tzatziki sauce or ketchup/salsa, and other accompaniments like lettuce, spinach, tomato slices, onion, cucumbers, etc.

A few great ways to eat them is by putting them in pita bread, wrap in a flatbread (taboon bread), wrap the patties in a warm tortilla for something similar to taco filling, in burger buns, serve as part of a meze tray (assortment of appetizers), or as a stand-alone dish.

There are many variations of falafel depending on the region in which it is served. There may be a sauce, spicy chiles or pickles included with the dish to give it more flavor and texture.

What Occasions is it Best For?

This vegan falafel recipe is perfect for almost any occasion, whether you want it as a tasty homemade appetizer, for parties, picnics, or as a snack during long trips. It’s a versatile dish you can call for many occasions!

Happy cooking and enjoy this vegan falafel recipe that’s out of this world!

So, what did you think? Did we leave anything out or have any questions about the vegan falafel recipe that we didn’t cover in this recipe post?

Let us know by leaving a comment below. We are always happy to help our readers learn more and make their cooking endeavors even better!

The vegan dessert recipe is super easy to make with only 3 ingredients, plus all you need is a blender and a coconut bowl to make it extra spesh. Oh, did we forget to mention that it’s a perfect vegan dessert to celebrate Valentine’s Day as well?

With bananas and strawberries being available throughout the year, mixing them to create some nice cream makes a truly refreshing pairing!

Recipe contributed by the team at Coconutsy.

At Coconutsy they’re thrilled to create coconut bowls, candles and cups from discarded coconut shells. They source all of their products from sustainable and ethical sources with a mission to reduce, reuse and recycle. We at Vegan Universal wish them best for their green mission! 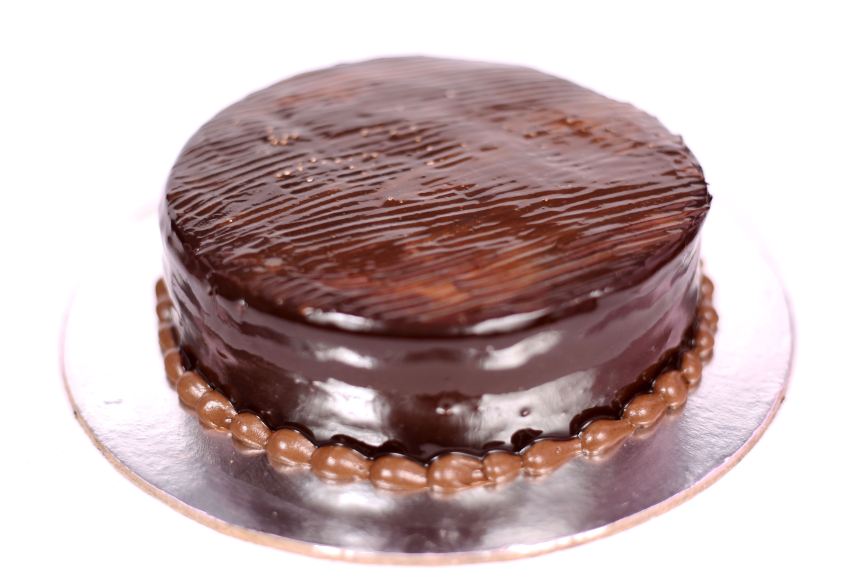 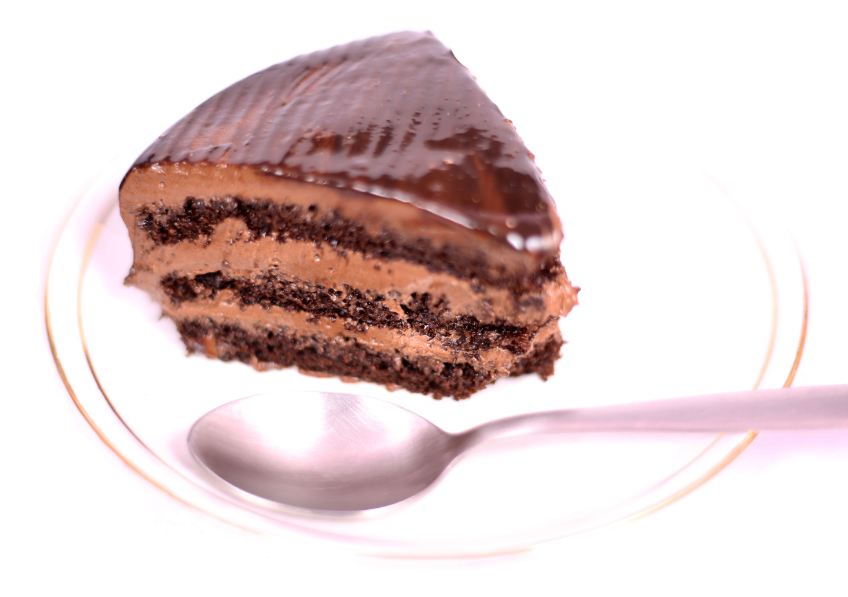 After making this vegan chocolate cake with icing it was like an early Christmas! It brought back so many cheerful memories and our taste buds were oozing with anticipation. Not to mention the aroma of a freshly baked chocolate cake which makes all the effort worth it.

It’s a perfect recipe for almost any occasion, be it a holiday, party, Valentine’s Day, Thanksgiving or Christmas celebration. You can feel family and friends getting anxious, keenly waiting for their slice of the delicious rich tasty chocolate cake.

Once it is cold and firm, we applied the chocolaty goodness with icing that gives its delightful creaminess. When it’s sliced up and served, felt like a little soft cloud wrapped in chocolate frosting, which is smooth and luscious! 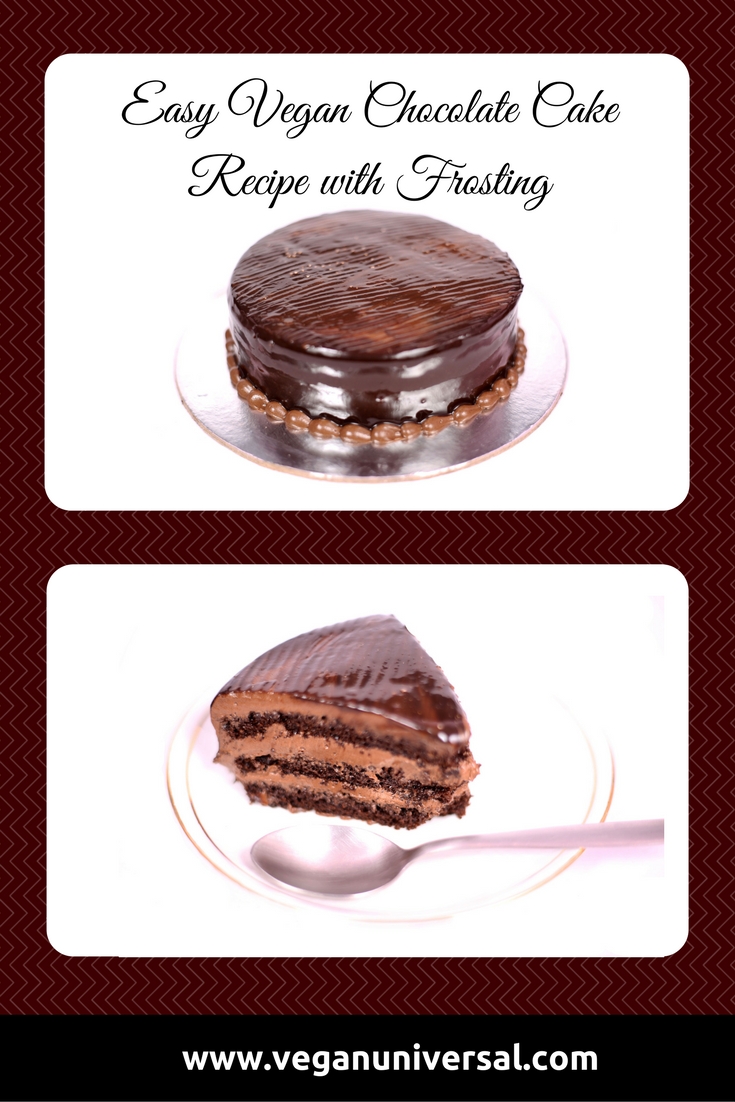