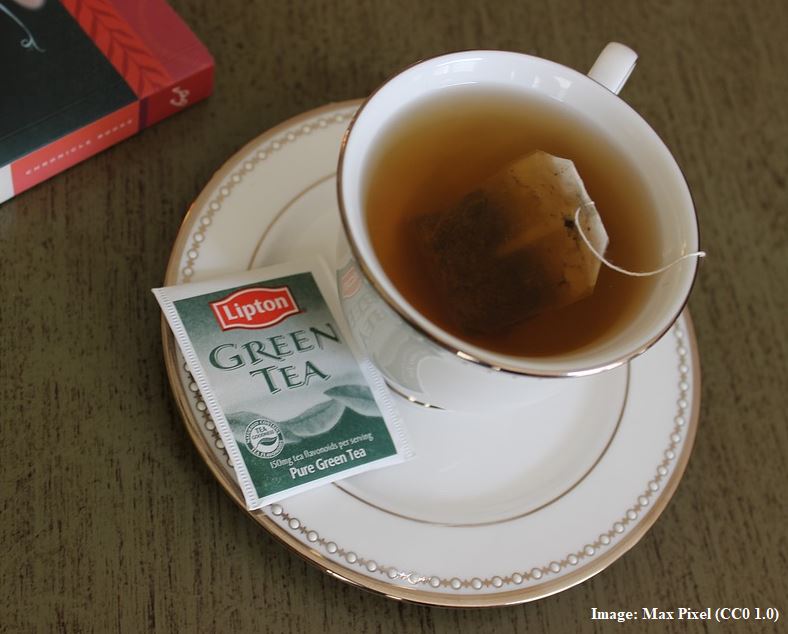 Tea being one of the most consumed beverages in the world beating coffee and being second to only water, it only makes sense to know the health benefits of a cup of green tea.

It is native to East Asia and has initially been used as a medicine and consumed for centuries in countries such as China, Japan, and Korea.

Green tea stands out from other types of tea in terms of health as it’s not fermented and being minimally processed enables it to retain its health properties.

Therefore it is abundant with antioxidants such as flavanols which represent 30% of the dry weight of green tea leaves making it a “superfood.”

Let’s see the 13 health benefits of drinking green tea, nutrition facts, any side effects, and how much you should drink for optimum health.

Well, we all know the relaxation & calmness we get during a small session over a hot cup of tea.

From ancient times, green tea was known for its soothing properties.

L-theanine the amino acid derived from the leaves of green tea helps to relax the brain and has been studied for its psychological and stress-reducing benefits.

This particular amino acid has been shown to trigger the release of alpha-waves, which provide relaxation, focus, and creativity [2].

The other advantage of L-theanine is its ability to improve the quality of sleep, by no means as a sedative but with its effects on reducing anxiety and aiding in relaxation [3]. Do note that a state of relaxation may considerably help people fall asleep more quickly as well.

Why green tea may help people with diabetes is because it supports the metabolic function better and helps sensitize cells enabling better metabolism of sugar.

According to one Japanese study, those who drank more green tea a day were 33% less prone to have type 2 diabetes than those who consumed the least amount of green tea a week.

Polyphenols in green tea may help in regulating glucose, and reduce the risk of diabetes or control.

One meta-analysis of 17 controlled trials, showed that green tea had positive effects of substantially reducing fasting glucose and HbA1c (avg. blood glucose levels in the past 2-3 months) 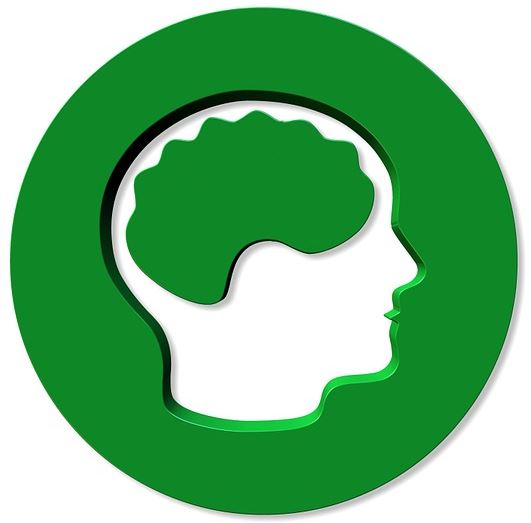 Our brains can particularly be susceptible to damage by chemicals called free radicals and also due to each cell’s high metabolism and fatty acid structures. High antioxidants in green tea can help protect against this damage.

According to one review on several studies, green tea influences in lowering anxiety while aiding in memory, attention and brain function (e.g. activation of working memory) [4].

Also, EGCG in green tea has been found to have an effect on neuroprotection by reducing free radical damage, specifically safeguarding new neurons in the hippocampus which controls learning and memory.

Further, L-theanine in green tea helps to lower the levels of stress hormone corticosterone which inhibits certain brain activity. As a result, it can avoid the negative interference with memory and learning.

4) May Reduce Your Risk of Cardiovascular Disease, and Strokes

Green tea has been assumed to have an influence in modest reductions of total and LDL (bad) cholesterol which can help to reduce the risk of heart disease & stroke.

In a study of 40,530 Japanese adults showed that those who consumed more green tea a day had a 26% lower risk of mortality from heart attack or stroke.

A meta-analysis of observational studies where five in green tea and thirteen in black tea found that higher amount of green tea drinkers had a 28% lower risk in the most common type of cardiovascular disease which is the coronary artery disease than those who consumed the least amount of green tea [5].

A meta-analysis of 38 eligible studies with over 1,500 participants showed that green tea consumption is associated with a significant reduction in systolic blood pressure [6].

Higher levels of antioxidants in green tea can extremely be of value strengthening the immune system in general.

Routine green tea consumption could protect against the damage from free radicals and similar harmful compounds in the body enabling your immune system to run smoothly.

Antioxidants such as polyphenols are the properties in green tea that’s believed to give its immune-boosting effects. It is also assumed that a polyphenol called catechins may kill influenza viruses.

Overall a healthy immune system can protect you from infections due to bacteria and viruses.

Green tea that comes with caffeine is a known stimulant that has demonstrated its ability to aid in fat burning and improve physical performance in a number of studies.

But more importantly, green tea really shines with its wider range of antioxidants particularly the antioxidant EGCG (epigallocatechin gallate) which can have a positive effect on weight loss and weight maintenance.

When EGCG is combined with caffeine the synergistic effect is assumed to further enhance energy expenditure, thermogenesis, and fat oxidation [7] 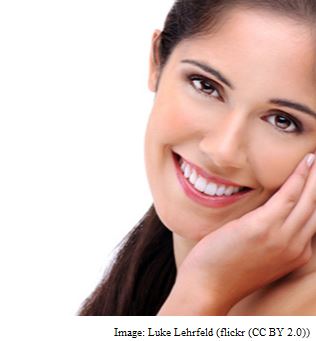 Drinking and topical use of green tea seem to fight skin cancer with DNA damage from ultraviolet light rays with its powerful antioxidant, EGCG.

This would also suggest that EGCG can be an anti-aging ingredient that could prolong the signs of aging when consumed or with topical application.

Further, the high content of polyphenols in green tea called catechins are considered to reduce skin irritation, redness, and swelling.

Polyphenols are also a strong antibacterial agent that fight against infection and useful in treating acne with bacterial growth and unclogging pores.

Vitamin B2 and Vitamin E in green tea are also highly beneficial in maintaining skin health!

9) Protect Vision and Reduce The Risk of Eye Disease

Antioxidants such as flavonoids in the tea leaves could help guard your eyes from cataract, age-related macular degeneration (blurriness or no vision) and some types of glaucoma (gradual loss of sight).

Specifically, the flavonoid called gallocatechin seems to operate like a sunscreen for your eyes defending the retina against harmful UV rays.

According to other researchers, antioxidants such as catechins and vitamin E are expected to protect the delicate tissues of the eye from various eye diseases as well.

10) May Lower Your Risk of Some Types of Cancer

The rates of many cancers seem to be much lower in Asia where green tea is native to many of those countries than other parts of the world [8].

There have been more than 50 epidemiologic studies on the relationship between tea consumption and the risk of cancer that have been published since 2006.

Though the results of these studies can be inconsistent, some show a link between tea consumption and lower risks of cancers such as colon, breast, ovary, prostate, and lung.

Some studies have shown that green tea extracts have some capability of discontinuing the cancer cells from growing. This could possibly be due to its polyphenols and the subgroup called catechin which are the antioxidant properties.

An American study done in 2012 gave polyphenon E which is a green tea extract to 42 patients with chronic lymphocytic leukemia where they were not taking any other type of treatment.

Though it is a  small trial, the results were promising and found that the number of leukemic cells in a third of the participants were lessened and their lymph nodes have shrunk.

Also, the polyphenols in green tea such as EGCG, EGC, ECG, and EC are antioxidants that have significant free radical scavenging activity and may guard cells against harmful effects of DNA damage due to oxidative stress.

11) Lowering Your Risk of Alzheimer’s and Parkinson’s

According to one study, green tea consumption which is rich in antioxidants has been linked with a 54% reduction in cognitive decline possibly due to its protection against free radicals and oxidation as we learned before.

One study looked at the effect of green tea on Alzheimer’s found that amyloid plaques that play a role in neurodegenerative disorders and are formed with the binding of certain minerals such as iron, copper or zinc can be prevented with the presence of EGCG.

In another meta-analysis of over 1,418 studies discovered that green tea consumption was associated with a reduced risk of Parkinson’s disease.

However, the consumption of green tea could be beneficial before the onset of these diseases.

12) Could Reduce Inflammation in Arthritis Cases and Promote Bone Health

The higher levels of polyphenols (antioxidants) in green tea are believed to have strong anti-inflammatory properties which reduce inflammation and slow cartilage deterioration.

Studies also have shown that EGCG the polyphenol with potent antioxidant effects in green tea can inhibit the production of molecules that trigger joint damage in people with rheumatoid arthritis (RA) [9].

New research from Hong Kong discovered that green tea, may promote bone health and have the capacity to lower the risk of osteoporosis and other bone diseases.

A catechin in green tea called EGC seems to stimulate the process of an important enzyme that promotes bone growth and EGC also may increase the level of bone mineralization, which strengthens bones.

A Japanese study shows those who drank green tea each day tend to have a lower risk of death.

On the whole, considering that green tea drinkers having a lower risk of heart disease, strokes and with all the above health benefits we discussed, it is sensible to assume that this beverage could help you live longer.

Any Side Effects of Drinking Green Tea?

Considering the length of time green tea has been in consumption, there are no known side effects of drinking green tea for adults, in general.

However, it’s worth noting a few risks with over-consumption or unique personal conditions:

How Much Green Tea Should You Drink?

Many researchers on green tea often suggest having it in moderate amounts of 3 to 5 cups a day.

Drinking more than 5 cups a day may have more risks than benefits and keeping it in moderation with a few cups a day would help you to reap its optimal health benefits.

As you learned, there is a broad range of health benefits you get besides relaxing with a hot cup of green tea. It’s certainly a lot healthier than the most famous black tea in the West.

Make sure you avoid sugar, or other sweeteners and have it in moderation over a long period of time to enjoy all the health benefits!

Now pour that green tea and have a cup of life to feel great!