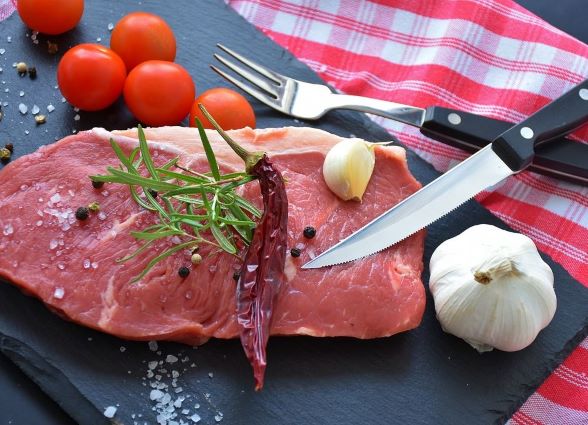 Though we know there are no ethical means to supply meat and its substantial environmental damage [1], let’s see whether the benefits of consuming meat outweigh the aforementioned drawbacks and the health issues it causes.

People eat meat for various reasons and the primary reasons we can think of are taste, energy, protein, B12, iron, and fat (a macronutrient).

We’re not going to deny that these are perceived benefits many meat consumers anticipate to enjoy and cannot think of living without meat.

But that’s just assuming everything in the garden is rosy, isn’t it?

We feel humans have eaten meat for long enough to know whether meat consumption truly has a net benefit or the opposite.

Let’s see where it has taken us and its true impact by looking at some of the potential risk factors of meat consumption. 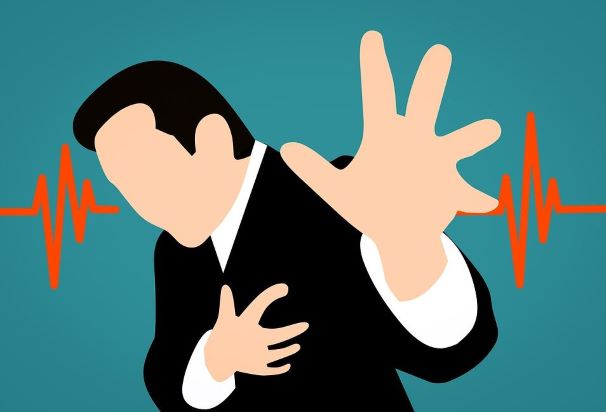 As you know heart disease is the number one killer in the Western World killing over 600,000 Americans a year which translates to 1 in every 4 deaths. Further, more than 1 million heart-related procedures performed annually in the US costing billions of dollars [2].

Heart disease is usually caused due to a fatty substance in the bloodstream called cholesterol. It builds up in the coronary arteries over a long period of time restricting the blood flow to the heart.

The results of such build-up can be chronic, gradually reducing the blood flow in the artery over time or it can be acute, rupturing the plaque forming a blood clot [3].

Cholesterol can come from two sources. The body of a healthy individual makes all the cholesterol required by itself. The other source of cholesterol is from the foods derived from animals (e.g. meat).

According to American Heart Association, when you consume meat which is high in saturated fat, these fats can disrupt the cholesterol levels in the body and can cause your liver to produce more cholesterol which can be unhealthy [4]

According to another finding, a protein building block called L-carnitine which is abundantly found in beef and lamb is converted by the bacteria in the intestines into compounds that accelerate the artery blockage [5].

Apparently, consuming 100g or more red meat per day increases the risk of cardiovascular mortality by 15% and 11% for strokes [6].

2) The Risk of Various Cancers

When it comes to both red meat & processed meat, it is found that under certain conditions such as when enhancing flavor or improving preservation it produces carcinogens like N-nitroso [8]

This is especially true considering processed meat (e.g. bacon, ham, salami, pepperoni, hot dogs, and some sausages) where the nitrates and nitrites found can be carcinogenic.

Below are some of the data gathered through various studies to show the relationship between meat & cancer: 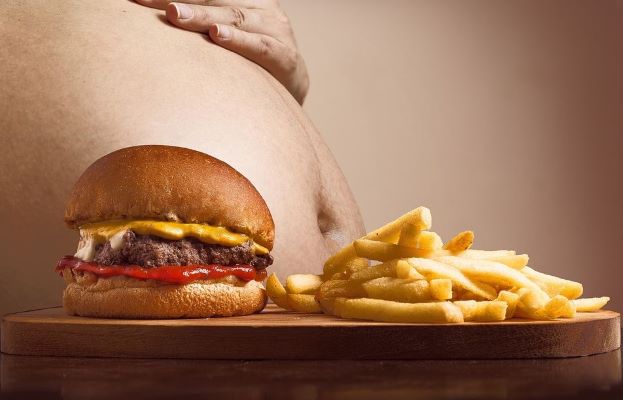 If you look at worldwide obesity it has nearly tripled since 1975 and has become a global health crisis. Obesity & overweight are caused due to an energy imbalance as the excessive calories taken are not being used as energy, thus getting accumulated and stored as fat [18]. Yes, meat can really be fattening if you don’t use those high calories!

Below you can see the caloric density of meat compared to plant-based food:

Another finding is that the energy from protein in meat may create a surplus which can convert into fat since meat protein is digested later than fats and carbohydrates.

Do note that, obesity is a serious condition which can further induce other chronic diseases, such as cardiovascular disease, high blood pressure, diabetes, and certain types of cancer [19].

In most cases, high blood pressure can be tricky as it’s not clear about the exact causes of the condition.

Eating processed meat which tends have a lot of salt or consuming fatty meat may increase your risk of high blood pressure. This is because salt may make it difficult for kidneys to remove fluid which gets retained in the system resulting in higher blood pressure [14].

If such conditions continue it may even lead to kidney failure wreaking havoc on the entire system due to the toxic build up [15].

On the other hand, when you consume fatty meat the fat could elevate the cholesterol levels as the body uses these fats to produce cholesterol. When the arteries become narrowed with the plaque buildup due to cholesterol the heart may start to pump blood much harder, again resulting in high blood pressure [16].

Unlike vegetables & fruits meat has no fiber which helps digestion, thus a lack of chewing or its protein and fat can take a long time for your body to breakdown and may require your digestive tract to work harder. These issues may cause you to experience bloating, gas, cramping or constipation.

According to a study done on men who eat a lot of red meat seem to have a higher risk of painful inflammatory conditions of the colon. It is called diverticulitis which is an inflammation or infection that develop along the walls of the intestines, that causes severe abdominal pain, nausea, and constipation [13].

This can also lead to complications such as tears or blockages in the colon. Though the study was done on men, it seems there’s no biological reason to believe the findings would differ by sex!

Many foodborne illnesses are caused due to harmful bacteria and viruses besides some parasites and chemicals. Below are a few such illnesses that have been caused due to meat consumption.

Antibiotics are medicines that are used to kill bacteria. But if there are any bacteria that are not affected or have developed resistance towards antibiotics, that is known as ‘antibiotic resistance’. This can happen as a result of antibiotics abuse by giving these drugs unnecessarily to animals [22].

According to the estimates of centers for disease control and prevention over 400,000 Americans annually get exposed to foodborne antibiotic-resistant bacteria and get sick due to infections [23].

In some countries, a staggering 80% (approx.) of total antibiotics used medically is consumed by the animal farming industry [24].

The World Health Organization states some types of bacteria have already developed resistance to many medical treatments and the research has shown little to no promise for any alternatives [25].

Going back in history European Union In 1989, once banned importing meat that came with artificial growth hormones.

These hormones have the potential to increase the risk of cancer. According to research, it is believed these hormones or hormone-like compounds in meat get attached to certain hormone receptors on tumors as well. 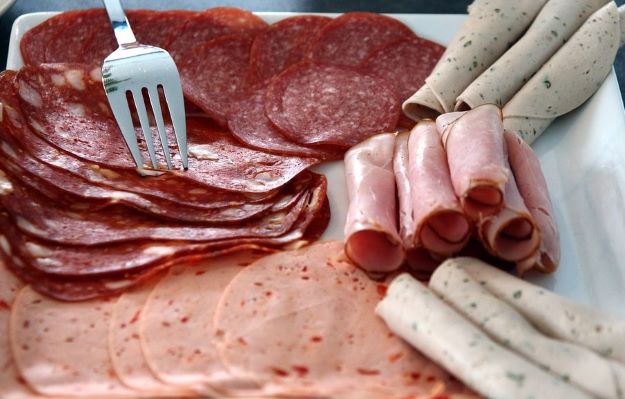 One of the common methods of processed meat preservation is done by salting besides, curing, smoking, drying or canning.

Some of the food products categorized as processed meat include:

As you learned before processed meat products are generally high in sodium chloride which we commonly know as salt.

This excessive salt consumption could have the tendency to cause high blood pressure, heart attack, strokes, kidney damage,  stomach cancer, and osteoporosis [26].

10) The Risk of Diabetes

Did you know that it’s fatty cells but not sugar that can be a major cause of type 2 diabetes? This is the case according to The National Institute of Diabetes and Digestive and Kidney Diseases [27] and eating red meat has shown to raise your chances of having diabetes as well [17].

After going through all of the above illnesses it’s much easier to determine whether meat consumption has any net benefit purely from a health perspective even if you leave aside animal exploitation and environmental damage.

You would have noticed how one illness can trigger another, giving a chain reaction and how your whole system can fail due to a single illness. Good examples of such diseases & conditions were heart disease, high blood pressure, diabetes, and obesity.

It just shows the importance of taking preventive measures with regard to the food we eat. Good news is if you have been eating meat and decide to omit it from your diet, not only you will reduce the risks, but it may even reverse some of the diseases mentioned above.

Now the lingering question you may have is, whether you can really live without meat.

If you’re craving meat due to its taste, remember by now there are plenty of vegan meat substitutes that have done a great job of simulating the taste & texture of various types of meat products.

If your concern is the nourishment you get from meat, then there are plenty of plant-based sources to get all the nutrients except for B12 for which there are inexpensive vegan supplements.