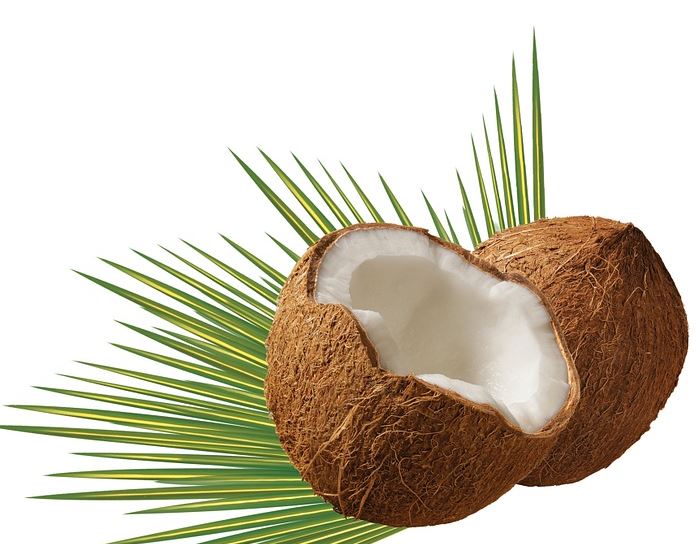 When it comes to multi-purpose plants, the humble coconut (Cocos nucifera) is a real overachiever!

It’s not just a valuable source of numerous nutrients working in tandem to give synergistic health benefits and a quick boost of energy, but it also comes with fresh drinking water, and in countries such as the Philippines & Sri Lanka, it is called ‘The Tree of Life’ – a testament for having many practical uses.

When you consider the health rewards of coconut meat, it has been found to have numerous benefits from having the ability to protect against heart disease to fighting against bacteria!

Coconut is 47% water and per 100-grams it gives 354 calories, 33 grams of total fat, especially saturated fat (89% of total fat), 15 grams of carbohydrates, 3 grams of protein and 9 grams of fiber. Significant micronutrients include manganese, copper, iron, phosphorus, selenium, and zinc, all of which are more than 10% of daily value (refer data below).

As you can see, fresh coconuts are a fantastic source of micronutrients and trace minerals, while providing macronutrients such as fat in abundance and a moderate amount of carbohydrates and protein.

Let us now check the nutritional value of coconuts, major health benefits and any side effects to be wary about.

As we noted above, coconut meat is a great source of dietary fiber, (9g per 100g of raw coconut) beneficial in maintaining a healthy metabolism and promoting heart health.

Coconut meat also reduces the risk of heart disease by promoting the generation of HDL (commonly called the ‘good’ cholesterol), while reducing LDL (‘bad’) cholesterol. These findings were supported by a study published in the US National Library of Medicine, in which participants consumed either coconut oil, extra virgin olive oil, or unsalted butter each day. After four weeks, the researchers found that the coconut oil group had significantly increased their levels of HDL cholesterol compared with the other groups.

But what about high saturated fat in coconuts? Interestingly, among populations who depend on coconuts as a large component of their natural diet such as residents of the Indonesian islands coconut flesh has not been found to contribute to heart disease. Bear in mind here though that these populations mostly consume coconut in its natural, unprocessed form, and that they also consume a good amount of low-fat foods like vegetables and rice as part of their diet.

Another factor which may contribute to the heart health benefits associated with coconuts is its fatty acid composition. 60% of coconut fat is comprised of medium-chain fatty acids (MCFA), which appear to be metabolized by the body differently than saturated fat from animal sources.

2) May Help Your Weight Loss Goals 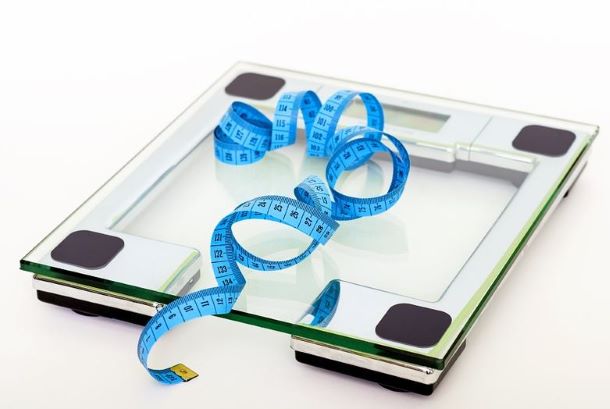 Ask anyone what the hardest part of sticking to a diet is, and they’ll probably tell you, “being hungry!” or “falling back to your past cravings”

What they might not know is that those looking to lose weight (or maintain their weight once they’ve reached their goal) can make use of an amazing secret weapon to keep hunger at bay, and that’s fiber.

While fiber doesn’t contain any digestible calories itself, it adds bulk to a meal, contributing to a lasting feeling of fullness. And coconut doesn’t just contain lots of fiber, those medium-chain fatty acids we talked about previously are also thought to boost satiety, and have been found to aid in weight loss and assist in reducing waist circumference.

For those on a low-carb diet in pursuit of weight loss goals, coconuts contain significantly less amount of carbohydrates than most plant-based foods.

For individuals with poor health, the medium-chain fatty acids present in coconuts have been found to improve the absorption of nutrients and food. The ample amount of fiber contained in meat or the white flesh of coconuts helps to slow down the passing of food through the intestines, allowing more time for a greater variety and quantity of nutrients to be absorbed along the way.

In addition, coconuts promote healthy digestion in several other ways. The fatty acids and monoglycerides present in coconuts have anti-microbial and anti-inflammatory properties which can promote a healthy gut.

They may, therefore, be particularly helpful for those suffering from conditions like IBD (Inflammatory Bowel Disease), Crohn’s disease, ulcerative colitis, and gastroenteritis, which are all linked to inflammation in the digestive tract.

Coconuts also contain the trace mineral manganese, which acts as a cofactor in several of the body’s chemical processes including playing a crucial role in the metabolism of various nutrients.

One of the roles of dietary manganese appears to be assisting with the regulation of blood sugar. According to some studies, deficiency in manganese has shown a susceptibility for glucose intolerance and people with diabetes tend to have lower levels of manganese in their blood [1].

Thus consuming coconuts which are rich in this important mineral besides being a source of low carbs can have a positive compound effect in improving the conditions of diabetes and controlling blood sugar [2].

Some small scale research has found coconuts to help patients reduce waist circumference and lose weight as we learned before which can also support in reducing insulin resistance [3].

In another study, an increase in fiber intake was found to correlate with a decrease in the level of blood glucose and serum insulin (high blood insulin can also cause your cells to become resistant to the hormone’s effects leaving room for prediabetes or type 2 diabetes). This suggests that, as expected, the fiber from coconuts does indeed have a substantial hypoglycemic action.


5) May Improve Immunity & Guard against Cancer

Coconut is the highest natural source of lauric acid, which makes up 50% of its fatty acid composition. In the body, lauric acid is converted into the monoglyceride monolaurin, which has been found to help the body fight off lipid-coated viruses – including herpes, cytomegalovirus, influenza and even HIV. Coconut oil also contains a smaller amount of caprylic acid, which is known to assist with fungal, bacterial and yeast infections.

Further, some tests have shown that the inclusion of coconut in the diet can slow down tumor growth of gastric cancer.

As we mentioned previously, coconut meat contains manganese, which is part of the powerful antioxidant SOD (superoxide dismutase) [4]. SOD and other antioxidants can protect the body from free radicals, which are known to cause DNA damage that can lead to cancer.

Apart from the above benefits, medium-chain fatty acids found in coconut can help patients better absorb nutrients from food, which can be beneficial in boosting their immune system.

6) Rich in Antioxidants Which Help In Maintaining Youthful Looks

Free radicals don’t just cause damage inside the body, but can also have a detrimental effect on skin and hair. Consuming coconuts can support the antioxidant enzyme SOD, which can help you to fight the effects of aging from the inside out, giving a number of benefits for your skin & hair.

In addition, due to its antibacterial and antifungal properties, coconuts may help with several dermatological issues, such as skin allergies and yeast infections which can lead to rashes and dermatitis or cause hair to thin.


Any Side Effects of Consuming Coconuts?

While there are virtually no substantial side effects associated with the consumption of raw coconut meat, it is quite high in fat which consists of polyunsaturated, monounsaturated and saturated fats.

Even though the fats in coconuts are considered fairly healthy considering that it’s a plant source, the American Heart Association warns that excessive consumption of coconuts may not be a good idea.

If you are trying to minimize your saturated fat consumption or are following a low-fat diet, then you may want to avoid consuming a lot of coconuts. You can still take advantage of all the health benefits offered with coconuts by consuming coconut meat in its natural unprocessed form and by choosing younger coconuts, which contain less fat than fully ripened ones.