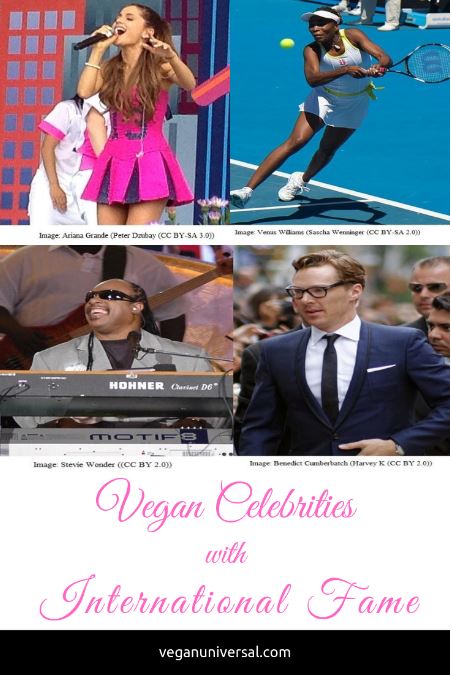 Ever had doubts going vegan could hinder your success? Then these vegan celebrities have proven otherwise.

In fact, athletes like Carl Lewis and Venus Williams have felt better due to their vegan diet.

Check how well these popular vegans have done in their respective professions to earn international fame and how some have gone on to contribute towards vegan & animal rights advocacy.

You can also connect with them socially with the social links below!

James Cameron is a critically acclaimed Oscar-winning film director known for some of the biggest box-office hits such as The Terminator, Titanic, and Avatar.

After watching the documentary Forks Over Knives he got inspired to adopt a vegan diet and has experienced improved health and stamina as a result.

Not only he walks the walk but he has also gone to the extent of executive producing a documentary, The Game Changers which we encourage you to watch.

It introduces top athletes, scientists, and other prominent figures while on a mission to expose the myth that meat is necessary for protein and educates you on the environmental and health (including sexual health) advantages of a plant-based diet. 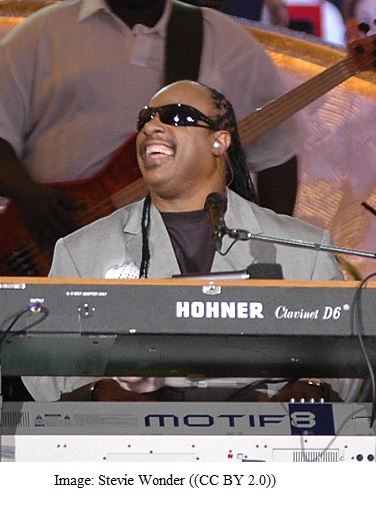 No introductions necessary for the legendary musician Stevie Wonder who went on to become a musical genius not letting his blindness get in the way.

With 30 U.S. top ten hits, 25 Grammy Awards, a Grammy Lifetime Achievement Award, and over 100 million record sales worldwide under his belt, he has lived up to the title of his first live album ‘The 12-Year-Old Genius’

He has been a vegan for approximately two years and has emphasized the importance of eating healthy encouraging others to follow suit. 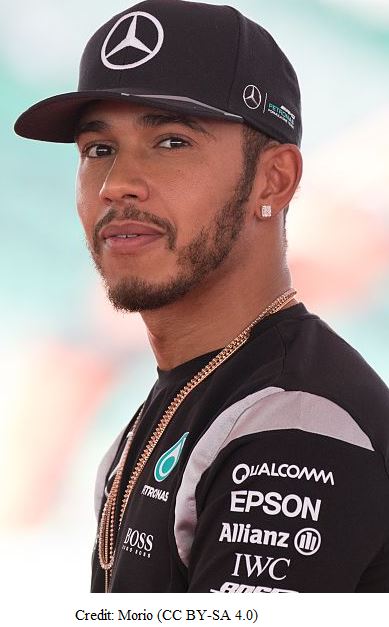 Lewis Hamilton who is widely regarded as one of the greatest drivers in the history of the sport is a British racing driver and a four-time Formula One World Champion.

His impressive 71 Grand Prix victories are the second highest of all-time, which is behind only to Michael Schumacher’s total of 91.

He was inspired to go vegan by What the Health documentary which has paved the way for many other celebrities to ditch animal products and has expressed how great he feels since adopting a vegan diet.

This is what he had to say: “I’m on a mission to go vegan, people. Animal cruelty, global warming, and our personal health are at stake.”

Venus Williams who has been ranked world No.1 on three occasions is an American professional tennis player who is generally regarded as one of the all-time greats of women’s tennis arena.

Her tennis career could have been over cold turkey in 2011 after being diagnosed with an autoimmune disease.

Thanks to her decision to adopt a vegan diet she was able to recover and get back to doing what she loved, stepping back to the court with newfound vigor. 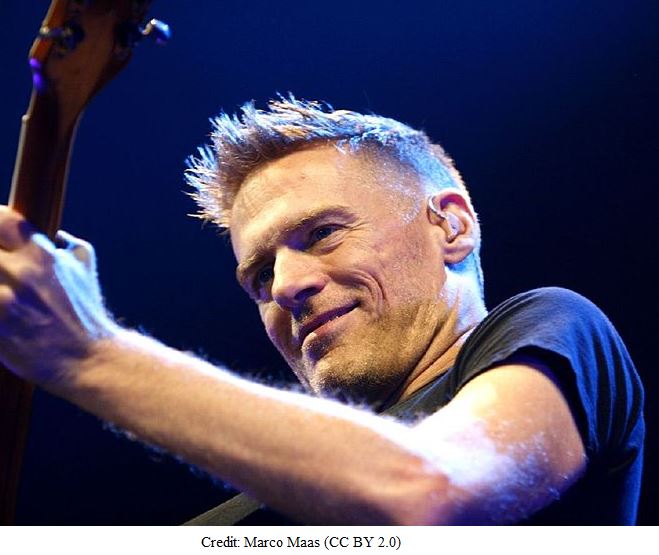 If you’re a fan of the 1991 film Robin Hood: Prince of Thieves and fond of the song ‘(Everything I Do) I Do It for You’, then the Canadian singer, songwriter, record producer, and guitarist Bryan Adams is no stranger.

He has 5 U.S. top ten hits, 12 UK top 10s and has sold over 75 million records, making him one of the world’s best-selling music artists.

(Everything I Do) I Do It For You, Please Forgive Me, Have You Ever Really Loved A Woman?, All For Love, Do I Have To Say The Words?, The Only Thing That Looks Good On Me, are some of his popular songs.

Among many awards and nominations, he has won a Grammy Award, one American Music Award (AMA), an MTV Video Music Award and 18 Juno Awards.

Adams says growing up with dogs and understanding how animals were treated, led him to the path of veganism and this is what he had to say to encourage others: “It is absolutely the best thing you could ever do for yourself. It is a great path”. 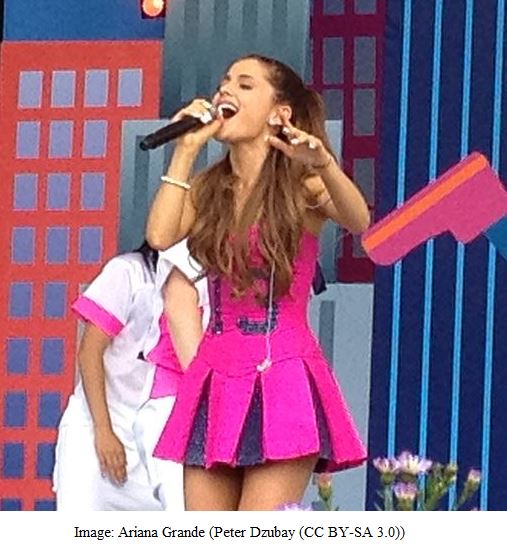 With a vocal range of 4 octaves plus a whistle register similar to Mariah Carey, Ariana Grande is a highly talented artist.

Some of her famous tracks are The Way (famous for her vocal range), Problem, Bang Bang, No Tears Left To Cry, Side To Side, Break Free, and One Last Time.

After watching the film ‘Blackfish’ she was outspoken showing her aversion towards SeaWorld and became a vegan. 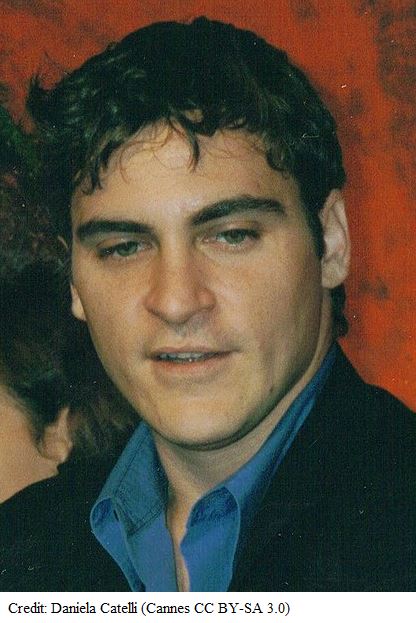 Joaquin Phoenix is an Academy Award nominated American actor, producer, and activist known for his roles in films such as Gladiator, Walk the Line, The Master and the influential documentary Earthlings (2005) which was narrated by him.

He won the Golden Globe Award for Walk the Line and was awarded the Humanitarian Award for Earthlings at the San Diego Film Festival.

Seeing fish being killed when he was on a boat as a kid prompted him to become a vegan eventually and has been a long time vegan activist.

One of Phoenix’s best quotes is, “It takes nothing away from a human to be kind to an animal.” 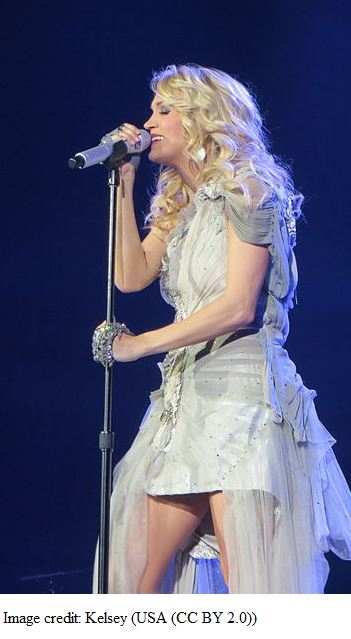 We first came to know Carrie Underwood as the winner of American Idol (2005) and has lived up to her aspirations in music receiving many awards and accolades since winning that title.

What’s remarkable about her songs is the fact that how well they have performed in the charts having 14 US number 1 hits and 27 top 10 hits.

Carrie was growing up with her family farm and once she got to know the cows were slaughtered for meat she ditched meat. 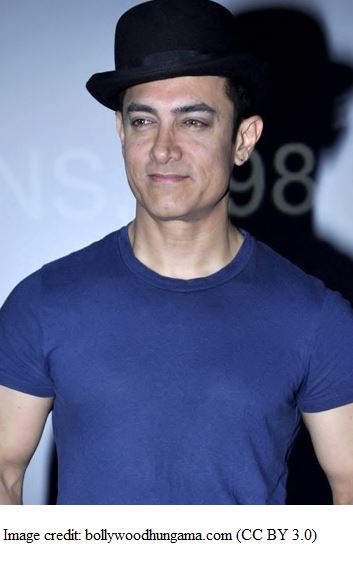 Aamir Khan is an Indian film actor, director, producer and television talk-show host who is regarded as one of the finest actors in India.

He has received 9 Filmfare Awards, including the 3 Best Actor award for Raja Hindustani (1996), Lagaan (2001), Dangal (2016) and Best Director award for Taare Zameen Par

The films such as Dangal, Secret Superstar, PK, and Dhoom 3 are some of the highest grossing Bollywood movies and Earth, Lagaan, and Dangal have earned international acclaim.

His contribution to the Indian cinema has been well acknowledged with Padma Shri and Padma Bhushan civilian awards from the Government of India.

Aamir’s decision to go vegan was induced by a video shown by his Kiran Rao which showed how a diet change can prevent some of the most common diseases that could cause death. 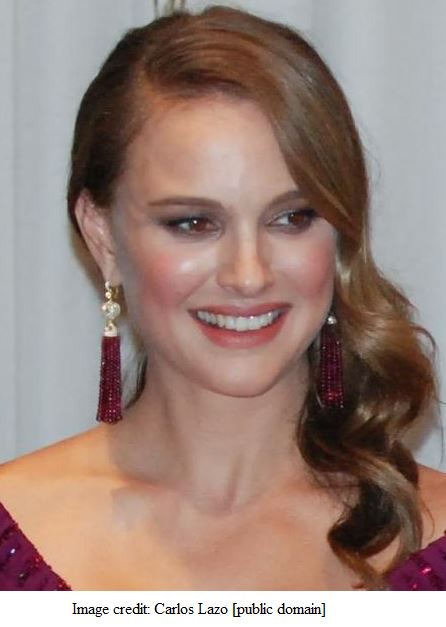 Natalie Portman showed great promise as a naturally gifted actress from childhood with movies such as Léon: The Professional and Beautiful Girls.

Besides being an actress, she is now a producer, director, and an Ambassador as well for various charitable organizations.

She has received an Academy Award, two Golden Globe Awards, the Genesis Prize and apart from the two movies mentioned before she is famous for her roles in Closer, V for Vendetta, Black Swan, Jackie, and Star Wars: Episode II & III.

The documentary Eating Animals was narrated and produced by Natalie Portman and may just be a stepping stone towards a vegan lifestyle if you’re a non-vegan. 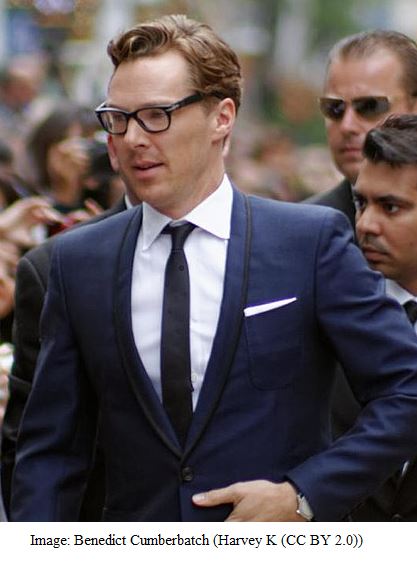 Benedict Cumberbatch, the British actor is best known for his role on the BBC television show ‘Sherlock’ besides many other roles in Hollywood films.

He has starred in films such as Tinker Tailor Soldier Spy, War Horse, Star Trek: Into the Darkness, The Hobbit: The Desolation of Smaug, Dr. Strange, Avengers: Infinity War and The Imitation Game for which he earned a Golden Globe award and an Academy Award nomination.

In an interview he expressed how fruits and veggies could help him get into shape for the movie ‘Avengers: Infinity War’ and in 2016, he appeared on the cover of British GQ magazine with vegan boots and a suit from the vegan luxury menswear store Brave GentleMan.

He was inspired to go vegan by the popular 2017 vegan documentary, What the Health. 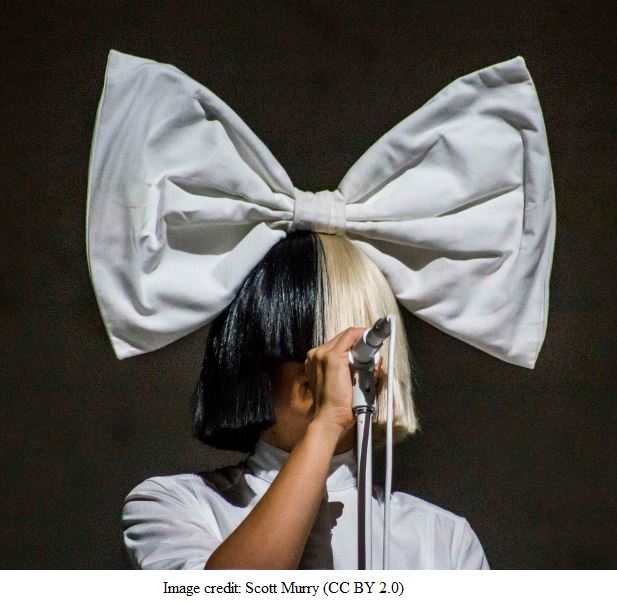 Sia (Sia Kate Isobelle Furler) the iconic singer who values her privacy wearing a split black & white wig with a bow on top while performing is also a songwriter, record producer, and music video director.

Cheap Thrills, Chandelier, Elastic Heart,  Wild Ones, Titanium, Bang My Head, The Greatest are some of her famous hits from 2010 to 2017.

She was a vegetarian for years and has gone vegan since 2014.

Sia is also a narrator of the Vegan Documentary ‘Dominion’ and was nominated for a 2016 Libby Award for “Best Voice for Animals”. 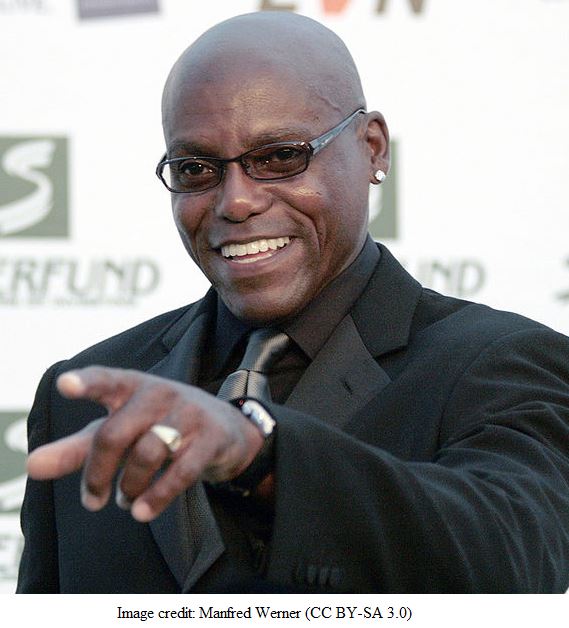 According to Carl Lewis, the first year he ate a vegan diet is also one of his best years as an athlete. By continuing as a vegan he was able to keep his weight under control and liked the way he looked.

This is one of our favorite quotes from Carl: ‘your body is your temple. If you nourish it properly, it will be good to you and you will increase its longevity” 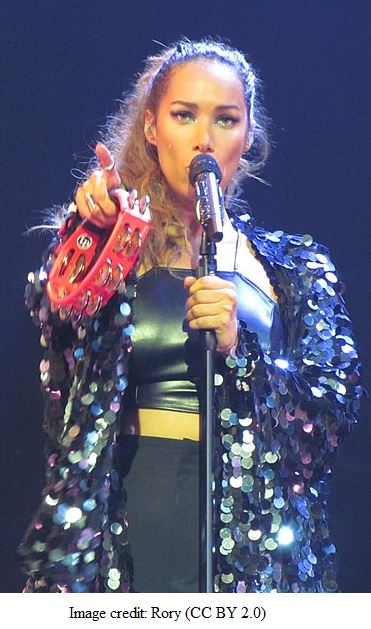 Leona Lewis the vocal powerhouse who is renowned for her vocal range and technique is a British singer and the winner of The X Factor in 2006.

She has sold over 20 million records worldwide and her song “Bleeding Love” has peaked at number one in over 30 countries.

A very outspoken celebrity on behalf of animals, she has been a long time vegetarian and has been vegan since 2012.

Leona had turned down a big sum offered to open the 2008 Harrods sale after discovering that they were selling fur products.

She has created her own line of cruelty-free cosmetics with The Body Shop and supports various animal rights organizations such as Mercy For Animals, and an ambassador for Hopefield Animal Sanctuary in Essex.

Jessica Chastain is an Oscar-nominated American actress and film producer with a Golden Globe Award and two Academy Award nominations.

She is famous for the movies Zero Dark Thirty, A Most Violent Year, Molly’s Game, The Martian, The Debt, Interstellar, Take Shelter, The Tree of Life and The Help

Chastain is a long time vegan for 13 years and has always adopted every animal she has ever had’, including a three-legged dog. 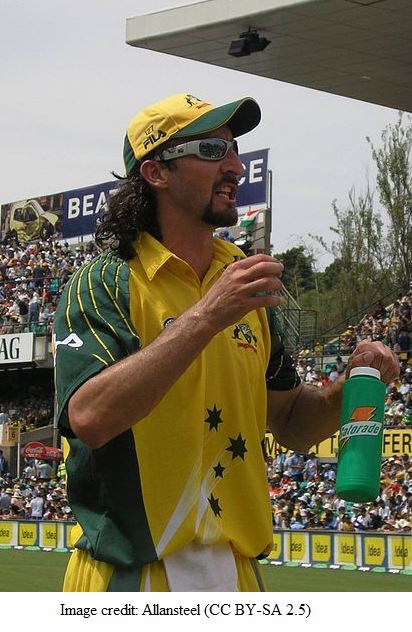 Jason Gillespie is a former Australian cricketer who was a right-arm fast bowler and a good lower-order batsman.

He has eight 5-wicket hauls in Test, three ODI 5-wicket hauls and seven Man of the Match awards with a record for the highest score by a night-watchman with a Test double hundred (an unbeaten 201).

Jason says “there’s nothing macho about treating animals terribly, putting your health at risk and polluting the Earth”. 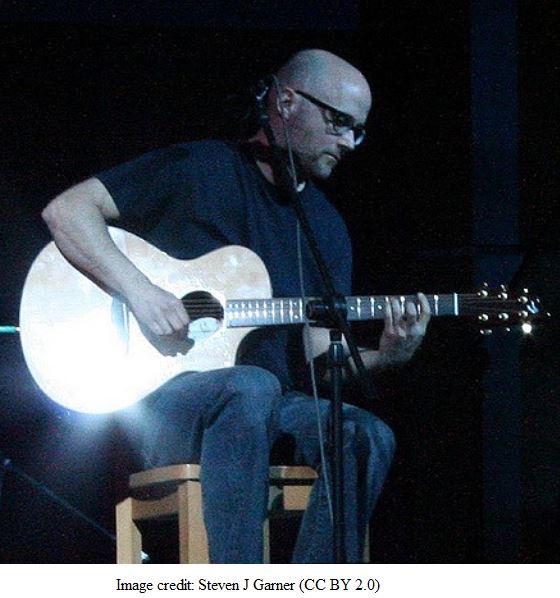 Moby (Richard Melville Hall) is an American musician, DJ, and photographer who has sold over 20 million records worldwide.

He has won MTV Europe Music Award, Billboard Music Award, IFPI Platinum Europe Award, and his most famous albums are Play and 18.

Being a vegan he has never been shy of advocating the message through his music. Some of the essays included in his albums discuss the exploitation of animals and here’s a phrase from one such essay: “could you look an animal in the eyes and say to it, ‘My appetite is more important than your suffering’?”

Moby has a vegan restaurant called Little Pine in L.A. and also an advocate of the anti-cruelty Physicians Committee for Responsible Medicine. 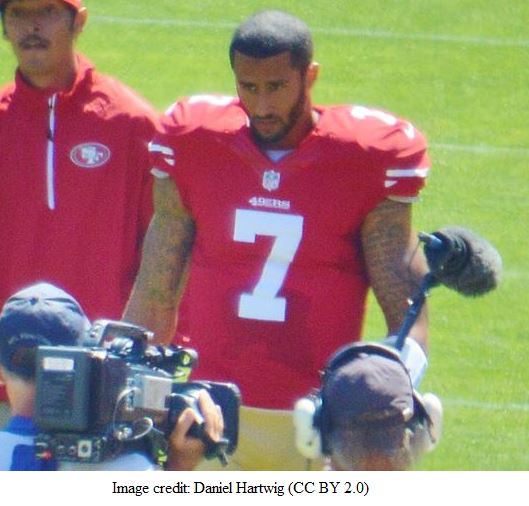 Colin Kaepernick is an American football quarterback who has played 69 games, with a 28–30 win-loss record and currently a free agent.

In 2016 he drew public attention when he knelt during the national anthem as a form of protest against racial injustice.

Kaepernick is also a vegan for animals. 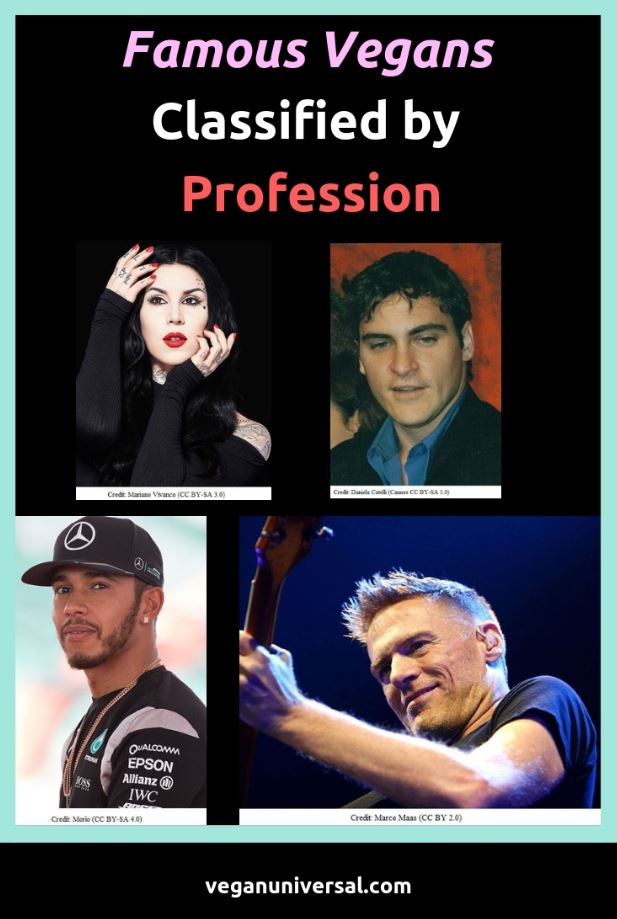 While this list (more than 400!) includes many vegans with international fame, it has famous vegans who are popular in their own countries & locality as well.

This list also contains individuals who may not be currently alive and were famous in the past.

While we did our best to include famous vegans from various professions based on reliable sources, let us know in the comments if you know anyone from this list that cannot be considered vegan anymore with your sources.